[This is a new graduate-level course I'm trying this fall.]

It's no secret that nations in the Global South are on the front lines of climate change, especially with respect to access to food and clean water, exposure to dangerous storms and flooding, and the threat of associated civil unrest. Inequities between rich and poor countries are likely to exacerbate climate change harms in ways that are only just beginning to be understood. To begin with, millions, if not billions of people are in the Global South live in low-lying areas that are likely to face the brunt of rising waters and may be displaced. Millions are also in regions facing an increased likelihood of catastrophic droughts, heat waves, and tropical cyclones. And yet, powerful countries, even those that have joined the Paris Climate Accord, have been extremely slow to take action: is apathy towards climate change an example of ‘first world’ privilege? What are the historical conditions that led us to this point? And what might be some viable solutions to the current impasse? How to persuade people who are invested in not recognizing the threat? The humanities -- and works of literature in particular -- might play an important role in doing the cultural work of communicating the urgency of the problem, imagining alternative futures, and, perhaps, changing minds to galvanize the social resolve to effect change and move towards global environmental justice.

These topics are being discussed by a growing range of critics, some described as postcolonial critics and theorists, others primarily associated with ecocriticism, including Amitav Ghosh (The Great Derangement), Elizabeth DeLoughrey, Rob Nixon (Slow Violence), Dipesh Chakrabarty, and others. 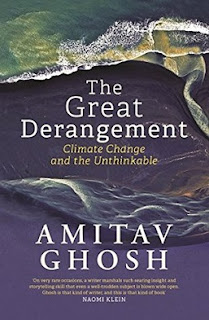 We’ll read a selection of their work to get oriented and develop a conceptual toolkit as well as a working vocabulary, including familiarity with the following terms: Colonialism, Imperialism, Postcolonial (as historical period and as method), Postcolonialism, Ecocriticism, Ecofiction, Climate Fiction, Anthropocene, Greenwashing, Petrofiction, and others. This course is designed to serve as an introduction to key concepts and terms in both Postcolonial Theory and Ecocriticism, as well as the prospects for bringing these two fields together to develop a global and inclusive way of thinking about environmental justice. We’ll start by posing the two fields separately and attempt to get a sense of foundational concepts as well as the various ways each field might be seen as a little slippery and porous.

Alongside these critical and theoretical interventions, we'll explore a range of works of fiction by writer-activists like Arundhati Roy, Helon Habila, Silvia Moreno-Garcia, and Indra Sinha. In addition, we’ll discuss texts that might not neatly fit either the ‘postcolonial’ or the ‘ecocritical’ category, including Toni Morrison’s A Mercy, and N.K. Jemisin’s The Fifth Season.

I’ve divided the course into four units, with two novels per unit:

●     Petrofiction: two visions of the extractive economy in Nigeria

We’ll start the “Petrofiction” unit with a novel not usually understood as such, E.M. Forster’s Howards End (1910). This is a novel set entirely in England, and usually understood as a turn-of-the-century (fin de siècle) text, or a text of early modernism. But it is worth a closer look, both for its critique of industrial capitalism in England, and for the ways it gestures towards the extractive economics of British colonialism in Nigeria. 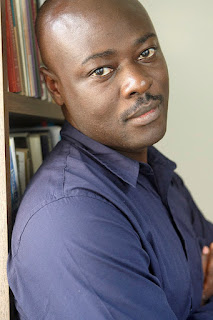 Forster’s account of a ‘garden’ England also links back to the Romantic origins of much modern western environmental thinking, and as such seems like a good place to start our work. Against Forster, we’ll look at a recent novel by the Nigerian novelist Helon Habila, Oil on Water (2010), in which a pair of journalists travel into the oilfields in central Nigeria to try and locate a kidnapped white woman who is being held by anti-government militants. While in this unit we’ll also take some time to discuss the legendary Nigerian writer and activist Ken Saro-Wiwa, in a chapter from Rob Nixon’s Slow Violence.

The “Indigenous Americas/Decolonial Alternatives” unit contains two somewhat unlikely texts, Toni Morrison’s A Mercy (2008) and Silvia Moreno-Garcia’s Mexican Gothic (2020). Morrison’s book looks back at the early days of the English presence in North America, a moment when the distinctive American race formation (founded on slavery and anti-Black racism) was still emergent. In this novel, Morrison is very interested in how early English settlers perceived the climate and spaces of North America, as well as in how indigenous people understood what was happening as their territory and way of life was being displaced. Moreno-Garcia’s novel is a page-turner clearly influenced by the Anglo-American Gothic tradition, but it has some interesting ecological elements (fungi play a role…) as well as an engagement with legacies of settler colonialism and northern (American) economic dominance. In connection with Mexican Gothic, we’ll take a little detour into ‘harder’ science, with two chapters from a recent book on fungi by Merlin Sheldrake called Entangled Life. Finally, for this unit, we’ll introduce the concept of the “decolonial alternative” as theorized by Walter Mignolo -- a way of thinking about settler colonialism in North America that takes elements from postcolonial theory but also reworks some concepts to make them more directly relevant to thinking about indigenous forms of resistance.

The third unit, “Political Violence and Embodied Resistance in India,” will involve two novels, one a classic of postcolonial ecofiction (Indra Sinha’s 2007 novel Animal’s People), while the other, Arundhati Roy’s Ministry of Utmost Happiness, might fit this concept a little more approximately.

Sinha’s novel deals with the aftermath of the horrific Union Carbide chemical disasterin Bhopal, India, which took place in 1984. Between 4000 and 8000 people were killed in the initial release of a poisonous gas at an American-owned chemical plant, but more than half a million people were exposed to toxic levels of the chemicals at the plant, with severe disabling effects. What might justice look like for the survivors of that disaster, in light of the power multinational corporations hold over global political alignments, and in light of the general weakness and corruption of the Indian state? Roy’s 2017 novel was her first work of fiction in almost twenty years. It deals with a broad swath of Indian political history over the past two decades, a time where the author herself has become a bold and prolific critic of both rich western countries (especially with respect to the prosecution of the “War on Terror”) and her own government (where she has become especially well-known for her involvement in resistance to government policies that lead to the displacement of poor and indigenous communities). This novel is also notable as being the first major Indian novel that I know of with a transgender protagonist; South Asia has its own culturally specific trans communities, which we will also learn a little about via critical readings. Finally, we’ll look at some of Roy’s ecological polemics as well as Rob Nixon’s chapter on Roy’s emergent status as an influential “Writer-Activist” through both her fiction writing and her nonfiction essays.

The final unit, on “Speculative Ecofictions,” will feature two books that might or might not really belong in this course. N.K. Jemisin’s The Fifth Season (2015), the first in her hugely influential “Broken Earth” trilogy, imagines a world on the brink of a catastrophic environmental event. The event appears to be cyclical (hence the title), and an artifact by a powerful wizard (referred to as an “orogene” in the novel). The novel brings together ideas common to fantasy fiction (i.e., humans endowed with special powers), ecofiction (the idea of the natural world as a living and dynamic field), and critical race & disability studies (how do we treat those who are different?). This novel represented a breakthrough for a work of science fiction written by a Black woman, winning the Hugo Prize in 2016.

I'd also like to look at least part of Kim Stanley Robinson’s recent novel Ministry for the Future (2020). Robinson is an established science fiction writer with an impressive track record of writing climate-related science fiction. This book begins with the author imagining a catastrophic heat event in north-central India and gives prominence to the perspective of inhabitants of poor countries in a near-future set of climate events (he even uses the word “postcolonial” within the novel to describe their point of view!). I particularly wanted to consider this novel because, alongside the apocalyptic theme, there are also many moments where the author suggests possible solutions and responses the world might take, both at the level of large-scale state and international institutions, and on a more autonomous, decentralized level.

So yes, we’ll end with what I think will be two speculative works that are both very aware of imminent catastrophic changes but also contain a modicum of hope. (And hope turns out to be very important for all of us: too many people sometimes fall into paralysis linked to the prevalence of climate pessimism. If we can’t do anything to stop it, why bother?)