I'm starting a sabbatical, and hoping to restart this blog with a series of posts related to the thinking I'm doing over the summer and and into the fall. Here's the first of what I hope will be a series of meditations building towards what might become a new book project

What does it mean to be 'brown'? What are the parameters and limits of brownness -- as a skin complexion, as a racial category in American life? Many Latinx people identify as 'brown'; and slogans like "Brown Power" have been part of the Latinx and Chicanx political vocabulary since the 1970s. South Asians identify as 'brown' as well -- and there's as much complexional variance amongst South Asians as there are amongst Latinx people. Are South Asians the same 'brown' as Latinx people? We need to explore this; we need to have a conversation about what we mean by brown. When is it a term of pride? What are the different browns -- moreno/a, mestizo/a, Indio/a -- and east Indian shades of brown?


Admittedly, as a color (and not necessarily as a complexion), brown has its own values and aesthetic legacy in English. Brown can suggest mud, it can suggest shit, it can suggest a combination of too many colors (when painting, a mess, or a mistake). To claim brownness as a political and racial category is to push back against the ways in which the color is devalued (though it should be noted that the negation of 'brown' is different from that of 'black'). Brown is also a natural, intermediate, and inclusive color -- not an extreme color defined by purity of one kind or another. Brown is the earth -- the ground, out of which other brown things grow. Only some of us can be white or black; potentially all of us have some shades of brown in our skin, including people who trace all of their ancestry to Europe. If brown is the American future, could 'brown' become the racial default, displacing 'white'?

Arguably, large numbers of biracial and multiracial people might be understood as 'brown'. Some of them have also been understood, sometimes awkwardly, as black (Tiger Woods). Others proceed in their careers with a degree of ethnic and racial ambiguity (Dwayne Johnson, Vin Diesel). If we're going to have a conversation about brownness, we need to have a conversation about multiracial identities as well, especially given the rapid increase in the number of families who identify as multiracial in the past three decades. If America is turning brown, it's doing so as much through intermarriage as through immigration (sometimes both at once). 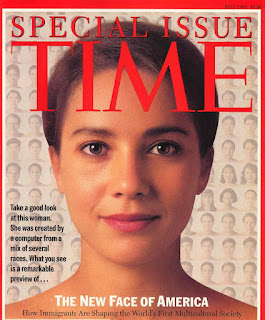 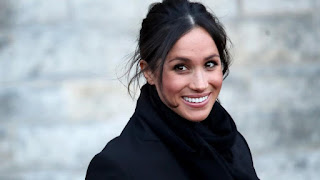 Unlike blackness or whiteness, brownness seems to be a porous category -- not a term historically shaped (as blackness is) by the legacy of the American slave trade or the one-drop rule. Unlike whiteness or blackness, Brownness can continue to grow and evolve. 2042 is coming; what happens then?


"Listen made intently when you make the sound
Tell you that it's all love,
They care about the browns
The truth is when you down,
They be out making the rounds
Like, brown boy, brown boy, what's up with that sound, boy?"


Through the 1990s and into the 2000s, there were really two options for an aspiring South Asian diaspora performer -- mainstreaming (which usually entailed deracialization and assimilation to a state close to whiteness), or orientation to a small constituency of fellow South Asians (peforming for other browns -- other desis). Much of the South Asian diaspora fusion Bhangra music that circulated in the 1990s and 2000s operated in this model, with independent music labels and a subcultural nightclub circuit. It was anchored in a vibrant college scene, with dance clubs on many campuses and intercollegiate competitions like Bhangra Blowout. 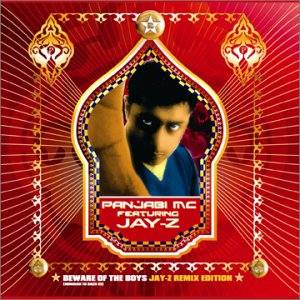 In many ways the model for minoritization came from the African American community, and that imprint is not unimportant. Blackness and black culture is a huge part of South Asian diaspora media culture. The musical idiom with the most cachet since the 1990s has of course been hip hop, with the play between minoritization and mainstreaming that has been central to that subculture playing out in the South Asian version as well. For every mainstream, crossover success (i.e., Panjabi MC), there are figures like Bohemia and Dr. Zeus, who stayed underground. And a version of this might adhere with Latinx music as well, where Reggaeton in particular is deeply indebted to Afro-Jamaican dancehall reggae and hip hop. But hip hop is not just a musical idiom and a subculture; for 'brown' performers it's served as the primary pathway to mainstream legibility.

(And we could talk about some of the interesting brown cross-references that have occurred, as for instance when the Cuban-American rapper Pitbull, in his breakthrough 2001 single, "Culo," used the "Coolie Riddim" -- a dancehall beat with an East Indian sound. Or, conversely, the influence of salsa and other Latinx musical forms in Bollywood music...)

The debt to hip hop is sometimes fraught, as Heems discovered when he received pushback for Tweeting lyrics to a song (by an African American rapper) that included the n-word. And, for her part, M.I.A. got into trouble when she questioned the racial singularity of the Black Lives Matter movement ("Is Beyoncé or Kendrick Lamar going to say Muslim Lives Matter? Or Syrian Lives Matter? Or this kid in Pakistan matters? That's a more interesting question"). More broadly, though the advent of "brown rap" raises a question about the nature of the performance -- is a rapper like Heems performing "brownness" or "blackness" if and when he uses black vernacular phrases and cadences? What might it mean to engage with hip hop as a brown rapper and not attempt to mimic African American voices?

I'm not from here
Please be patient
I be ragin' face displacement
I'm obsessed with the space between spaces
Eh, f---ing racists
I get caged in a box cause I'm Asian


Perhaps, sometime around 2008, a third option started to emerge in bits and pieces in mainstream American popular culture. That option might be described as the brown option. This option entails mainstreaming without necessarily disavowing ethnic or racial difference. Neither 'white' nor 'black' -- something else.

If you catch me at the border,
I've got visas in my name


The year 2008 is imprecise, but it seems like a good yardstick. 2008 is the year Das Racist had its breakout hit with "Combination Pizza Hut and Taco Bell"; in a more mainstream setting, 2008 was the year British South Asian pop/R&B singer Jay Sean signed to Cash Money records (he released "Down" in 2009 -- it went to #1 on the Billboard charts).  2008 is the year M.I.A.'s "Paper Planes" was a hit on American radio stations (though the song was actually was released in 2007). Naveen Andrews was breaking hearts with his dreamy character Sayid on Lost in 2008.

2008 is just before Aziz Ansari hit the mainstream with Parks and Recreation (2009) and his cameo as "Randy" ("Raaaaaaaandy") in Funny People, though as of 2008 he was very much on the cusp. Kal Penn and John Cho's Harold and Kumar Go to White Castle was of course released earlier, but Harold and Kumar Escape from Guantanamo Bay, the more explicitly politicized and highly improbable sequel to the multicultural stoner classic, was released in 2008.  Also in 2008, Aasif Mandvi was a regular correspondent on "The Daily Show" with Jon Stewart, while he was also playing prominent roles on shows like Jericho. Sendhil Ramamurthy was one of the break-out stars on Heroes. And Mindy Kaling was a star writer and actor on The Office -- she got her own show in 2012.

And of course 2008 is the year of the biggest 'brown' mainstreaming event one could imagine: the Presidential campaign and election of Barack Obama. This was a campaign where South Asians were prominently and consistently aligned with the biracial ('brown') Presidential candidate. Barack Hussein Obama shared the problem, which many people of South Asian descent feel acutely, of the 'funny' name -- a name people might struggle initially to pronounce. He still ran for president on his own name (he could easily have presented himself to the world as 'Barry' -- the nickname he used as a young man). And won.

And yes, alongside Barack Obama, we should duly note that 2008 was the year Bobby Jindal was sworn in as the governor of Louisiana -- the first Indian-American governor in American history. Arguably, however, if people like Barack Obama or Aasif Mandvi were finding ways to enter the mainstream while embracing their complex identities and backgrounds (their 'brownness' and, in Obama's case, 'blackness' as well), people like Jindal seemed to be downplaying any signs of racial or religious difference. 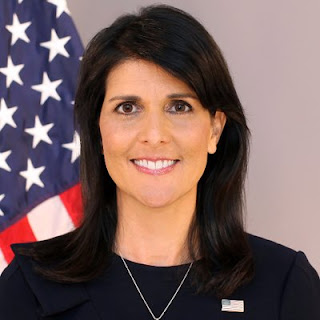 The political legacy of these events has been beautifully and comprehensively discussed in Sangay Mishra's groundbreaking book, Desis Divided: the Political Lives of South Asian Americans. Mishra also uses the dual pathways I have been describing, though he uses a slightly different vocabulary ("pluralizing"/"assimilationist" vs "racializing"/"minoritarian"). He also limits his scope to politics -- here I'll be primarily interested in media figures, including actors, musicians, and stand-up comedians. I'll be interested in in politicians like Jindal and Nikki Haley insofar as they perform versions of brownness in the American public sphere.

Through much of this period, I was writing about these issues on the internet with a very active group of readers and co-contributors. The site where we were having these conversations was a group blog called Sepia Mutiny. One of my goals, going forward, is to review the scope of the conversation we were having on Sepia Mutiny between 2005 and about 2010 to retrace our steps -- to find the contours of the evolving conversation about brownness and the emerging new forms of racialization in the American landscape.

Along the way I want to look at precursors to the 2008 moment -- the long tradition of South Asian American (and maybe also Latinx) media presence in the American landscape through the 20th century. And also think about what's happened since then -- Mindy Kaling (The Mindy Project), Aparna Nancherla, Kumail Nanjiani, Hasan Minhaj, Hari Kondabolu. I'm also interested in Youtube stars like Lilly Singh and the Instagram poetry sensation Rupi Kaur. How do all of these artists, in their respective fields, navigate brownness in the new media landscape?