My friend Kate Pourshariati recently organized a screening of the documentary film Photo-Wallahs (1992) at the Penn Museum in Philadelphia. She invited me to briefly introduce the film and moderate a discussion. Below is a slightly revised version of my notes from the event. 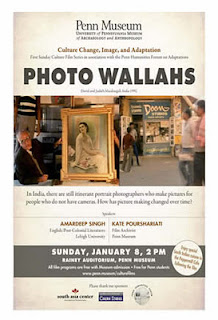 David and Judith MacDougall have been making documentary films since the late 1960s, and they’ve made films on people from numerous regions, from Africa, to Italy, to Australia, to India. Besides this film, they’ve done several other documentaries based in India, including Doon School Chronicles, on the elite boarding school in Dehra Dun, and Gandhi’s Children, focusing on slum children in Delhi. (Many of their documentaries are made collaboratively, but they have sometimes also worked on their own. Doon School Chronicles has David McDougall’s name on it exclusively, while a recent film, Diyas, was directed exclusively by Judith McDougall.)  In addition to making films, David MacDougall has written a fair amount about film and issues related to visual anthropology over the years, including two books, Transcultural Cinema and The Corporeal Image.
Photo-Wallahs is a film about the culture of photography in the famous hill station of Mussoorie, with some scenes filmed in Dehra Dun. The method of the documentary is “observational,” which is to say there’s no background narration from the film-makers, and the audience has to do the work of putting together the individual pieces and themes themselves. The filmmakers focus on two different kinds of professional photography, 1) tourism photography, which involves middle-class tourists paying to be photographed dressed up in fanciful costumes with the Mussoorie hills in the background; and 2) more conventional studio photography, such as is used in matrimonial ads and wedding pictures. They also have brief sections involving people who are not photographers, including a segment with Sita Devi of Kapurthala (who was photographed by the fashion photographer Cecil Beaton in England in the 1930s), as well as a segment with the Indian writer Ruskin Bond, reading from his story “The Photograph.” 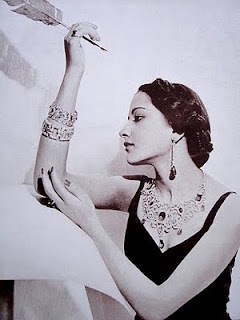 Perhaps the most memorable sequence in Photo-Wallahs involves the tourism photography in Mussoorie, at the top of Gun Hill. Here, at least in the 1990s, there was a thriving cottage industry of photographers who dressed up their clients in fanciful costumes, as MacDougall describes here:
Their stalls surround a large rectangular space like a parade ground. These are hung with glittering costumes and at first glance look like stalls at a fun fair . . . At the height of the tourist season in June and Jly there may be more than fifty photogaphers here, and another fifty scattered around other tourist sites in Mussoorie. As each cable-car load of Indian tourists reaches the top of Gun Hill, the photographers and their touts descend upon them. The tourists are invited, cajoled, and sometimes physically hauled to the photographers’ stalls. Although some resist, many others do not seem to mind, for this is one of the things they came for.  (David MacDougall, “Photo Hierarchicus”; Visual Anthropology 1992) 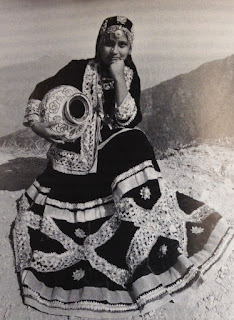 Some of the interesting aspects of commercial studio photography shown in the film are probably obsolete or nearly so. Technological and social changes have certainly altered the role photography plays in middle class Indian life – when everyone has cameras and phones with the ability to take cameras, and when images circulate digitally, the role of the professional photographer has changed and perhaps become more limited.
Intriguingly, Photo-Wallahs, even before the current era of nearly universal digital photography, is already looking retrospectively and nostalgically at another technological shift – the movement from black and white to color photography. On the one hand, color was associated with democratization and the proliferation of photography – in effect, the cheapening of the power and value of the singular photographic image. On the other hand, that same democratization came with a major loss in ownership for the photographers, as color processing at that time generally required negatives be sent away to a processing center for development (several of the photographers in the film make that complaint; one photographer is shown is planning to put in a color processing unit in his own shop). The personal touch, specifically involving retouching and tinting that you see some of the studio photographers doing here, began to be rendered obsolete as color came in.
With the studio portraits for married couples as well as the poses and costumes you see at various points in the film, the goal is not so much achieving a semblance of naturalism – rather the point is to pose in specifically artificial ways, to resemble a glamorous or iconic “star.” The key word is iconic. It’s not that iconic photography is irrelevant to the west, but it has a much more limited function here. In India, iconic photographer has a different role. David MacDougall talked about this once in an interivew:
Many rural Indians may have had only one picture taken of themselves in their lifetime. For them that photograph, or a photograph of a loved one, is still something extraordinary. And in India photography merges with other kinds of imagery, just as popular art merges with classical art, and the secular with the religious. Photography is all around you — in magazines, on signboards, in the cinema — but there is not the sharp dividing line that in the West separates photography from painting and other kinds of visual representation. In Hindi the same word is often used for a photograph or a Painting [tasveer], and paintings are sometimes referred to as "photos." That suggested to us a certain difference between an Indian view of the photograph as a kind of icon and our more indexical, Western idea of photography — our tendency to see photographs as anecdotal, referring to particular moments in people's lives. (From Visual Anthropology Review, 1992)
One small point on this passage is that in Photo-Wallahs, virtually throughout the film when the various photographers talk about their work, they never seem to use the Hindi word tasveer, but instead use the word photo. But everything else Macdougall is describing in the passage above rings true for this earlier period in Indian photography.  The idea of the iconic photographic portrait was traditionally linked up with other graphic arts, including the Hindu devotional calendar art that is widespread in the bazaars.  (In the film there is an interesting sequence where a professional photographer, upon opening his studio in the morning, stops and pays his respects to the painted images of Hindu deities that adorn his office.)
Besides the middle class tourists who come for tourist photography, the MacDougalls also show studio portraits of working class people and Garwhali peasants, for whom being photographed, again as of the early 1990s, could be a solemn experience. Here are images from the film along those lines: 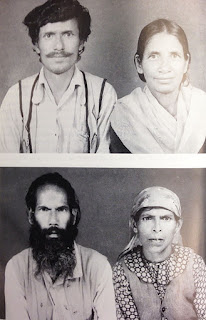 In Photo-Wallahs there is a fair amount of attention paid to the fading art of airbrushing and tinting photographs, including the interesting genre of the ‘court photograph’. In another essay, “Photo Hierarchicus,” MacDougall talks a little about that tradition
Indian court photographs are noted for their degree of tinting and overpainting, sometimes reaching the extent that only tiny faces peer out from the surrounding layer of color. In the process the perspective is often flattened  so that, as the conventional wisdom has it, in India this kind of photographic art is subordinated to an older tradition of court painting.
Finally, I should say a word about the MacDougall's use of a Ruskin Bond story, “The Photograph,” which you can find in a collection called The Night Train at Deoli and Other Stories. This is a story about a young boy who finds an old photograph in a box in his family’s attic. His grandmother is very knowledgeable about it, but cagey when it comes to admitting that the young girl in the picture is herself. Here grandson is also curious about a also a particular detail in the image, a pair of hands on the wall behind her: whose hands are those in the background, on the wall? She herself had never noticed the hands before, and is forced to look at the image anew, and speculate.
In part this is interesting because it points to one of the key themes of photography – that a big part of the story is always what is on the margins of the frame. With this picture of his grandmother, the boy has hints of a story and a context, but he can’t quite gain access to the whole of that moment in his grandmother’s life.


And the Bond story also fits the film in the sense that it’s about the way photographs can preserve and encapsulate memories of earlier eras. It rhymes quite well with the sequences in the film dealing with the Maharajah’s granddaughter, as well as the old British Raj era pictures that one particular studio photographer seemed to enjoy collecting and displaying.
Posted by Amardeep Singh at January 11, 2012
Labels: Documentary, Film, India, Photography
Newer Post Older Post Home